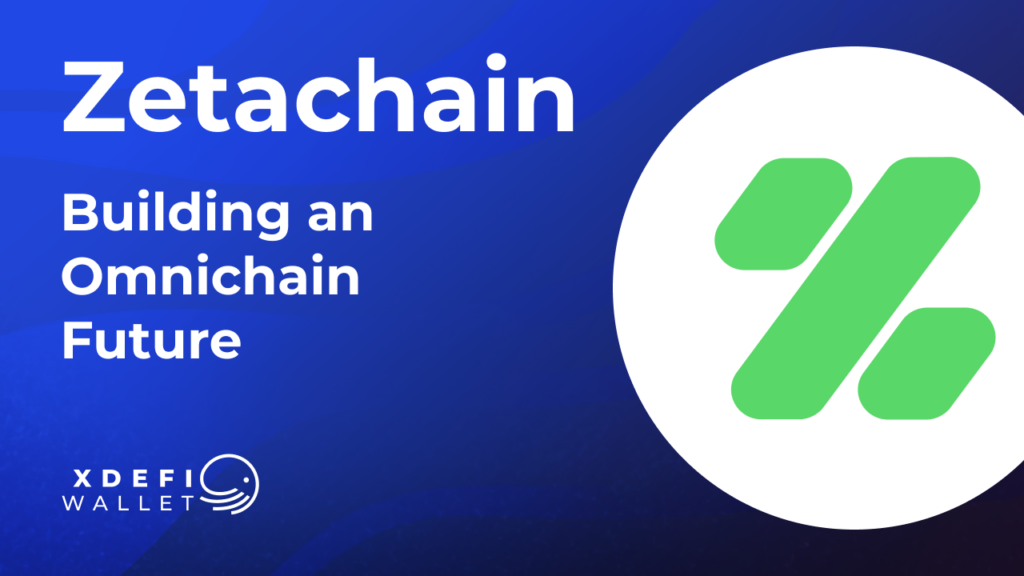 At XDEFI Wallet, we are big believers in a multi-blockchain world for Web3, spanning across use cases like Decentralised Finance (DeFi), non-fungible tokens (NFTs), and the Metaverse.

We are constantly observing the space for projects aligned with our vision to provide a central gateway to a better and more decentralised world without creating additional silos. One such project is ZetaChain, an Layer 1 blockchain built for omnichain interoperability, which we want to give you an overview of in the following article.

The current Web3 ecosystem is highly fragmented. Dozens of Layer 1 blockchains and Layer 2 scaling solutions compete for new users and general adoption. But these networks are not interoperable, leading to the creation of disconnected silos. This fragmentation is a major roadblock to user adoption. It leads to bad usability and the need for insecure bridging solutions so that users can transfer digital assets between different blockchains they use.

On the other hand, it is hard to imagine that only one blockchain will become dominant and fulfill all potential use cases of a Web3 future. This leaves a lot of desire for interoperability solutions that connect different underlying networks and facilitate interoperability between them.

This is precisely the goal of ZetaChain, creating a public blockchain that integrates multiple underlying blockchains and supports real cross-blockchain transactions, message delivery, and general cross-chain smart contracts. ZetaChain will offer a blockchain-agnostic native settlement of transactions across different chains, plus allow developers to build smart contracts for any chain, including Bitcoin and Dogecoin.

The ability to reliably and securely pass messages from one blockchain to another, combined with omnichain smart contracts can enable powerful cross-chain applications. Let’s get a bit more concrete now and explore what actual benefits users of ZetaChain experience compared to the current siloed blockchain ecosystems.

These are only initial examples of use cases built on the new omnichain platform.

Further, additional applications will emerge made by a worldwide community of developers who believe in an omnichain future.

ZetaChain enables users to pay the transaction fees for all used blockchains within one transaction payable in the native ZETA token, solving one of the most significant usability issues of cross-chain platforms. You only have to use one wallet and interface to hold and move around real assets like BTC and DOGE where the assets immediately settle as if everything were on a single chain.

Built for developers and users alike

ZetaChain is not only offering a lot of use cases of an omnichain future but also offers an open canvas for developers and creators interested in building applications across multiple chains.

Developers can utilise extensive documentation and a growing library of omnichain smart contract examples. They can also join an existing community of developers worldwide to exchange ideas and work together on the next suite of omnichain applications. 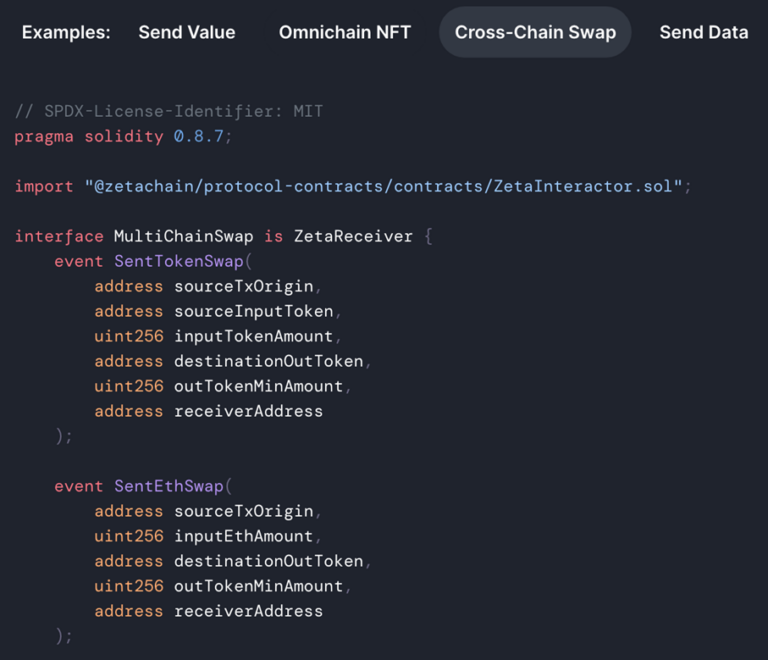 ZetaChain offers developers comprehensive documentation and ready-made examples to get started with their cross-chain applications.

Right now, more than 120 smart contracts are live on the ZetaChain testnet network.

The technical foundation of ZetaChain

Based on the Tendermint PFBT consensus algorithm, ZetaChain benefits from fast block times (about 5 seconds) and instant finality. The network achieves the necessary decentralisation by relying on many decentralised nodes (also called validators).

These nodes act as observers, which watch externally connected chains for certain relevant transactions/events/states at particular addresses via their full nodes of external chains. Observers reach a consensus on relevant external states and events and can also update the external chain state via distributed key signing. 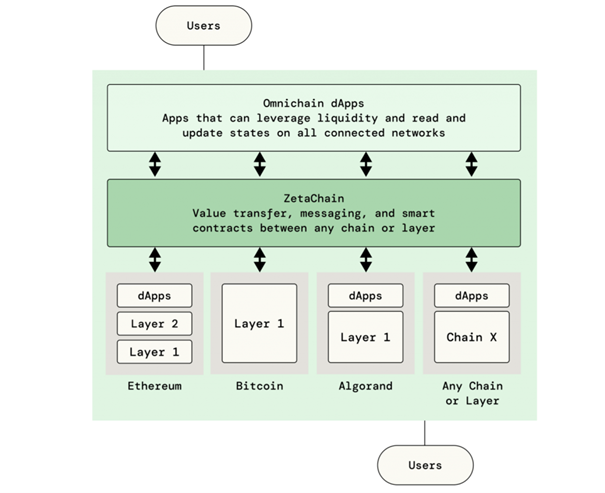 Instead of relying on wrapped tokens and centralised bridges, ZetaChain holds accounts on supported blockchains chains to custody native funds on these chains and perform privileged actions such as burning, minting, and moving funds. To offer the best possible security for these central parts of the ZetaChain architecture, the network relies on a multi-party threshold signature scheme (TSS) originally implemented and battle-tested by THORChain.

ZetaChain also offers an Ethereum-compatible virtual machine (EVM), called Zeta EVM or zEVM, an implementation where users can deploy and use Omnichain Smart Contracts. These smart contracts can communicate with the interoperability layer of the ZetaChain core blockchain and can interact with digital assets on external chains.

If any external chain connected by ZetaChain falls victim to an attack (such as a 51% attack), ZetaChain mitigates contagion risk through a total supply check and protection from unlimited inflation for cross-chain value transfers. In severe cases, ZetaChain can go into an emergency halt to assess critical situations through coordinated activity by the network’s stakeholders.

ZetaChain is powered by its native token ZETA, a multi-chain coin natively issued across multiple blockchains. ZETA is used to pay the gas fees for ZetaChain smart contracts and to secure the blockchain based on a proven Proof-of-Stake model. Users also pay all cross-chain swaps and transfers using ZETA.

In the case of cross-chain value transfers, ZETA is used as an intermediary token, leading to a minimized attack surface for the network.

In the live testnet, although not having any monetary value yet, ZETA coin is already used to secure the network and pay for gas fees. Users can request testnet ZETA on the ZetaChain Discord or ZetaLabs faucet

To test Bitcoin swaps on ZetaChain with XDEFI Wallet, we created a detailed article offering a step-by-step tutorial: https://www.xdefi.io/article/how-to-use-bitcoin-testnet-with-xdefi-wallet/

XDEFI Wallet is a non-custodial wallet that allows you to securely store, swap and send NFTs and crypto across 15 blockchains.

More than 120,000 people trust XDEFI Wallet, which boasts a 5-star rating on the Google Chrome store.

A single gallery for all your NFTs:

A single, customisable gallery for your all your NFTs across 8 blockchains.

Unlimited cross-chain swaps for all assets within the wallet and via the XDEFI Wallet WebApp.

We never have access to your funds.  XDEFI Wallet never stores your seed phrase, password, or private information. You are always in full control of your funds and data.

XDEFI Wallet allows you to access more than 9,000 dApps across 15 blockchains and easily swap more than 10,000 assets.