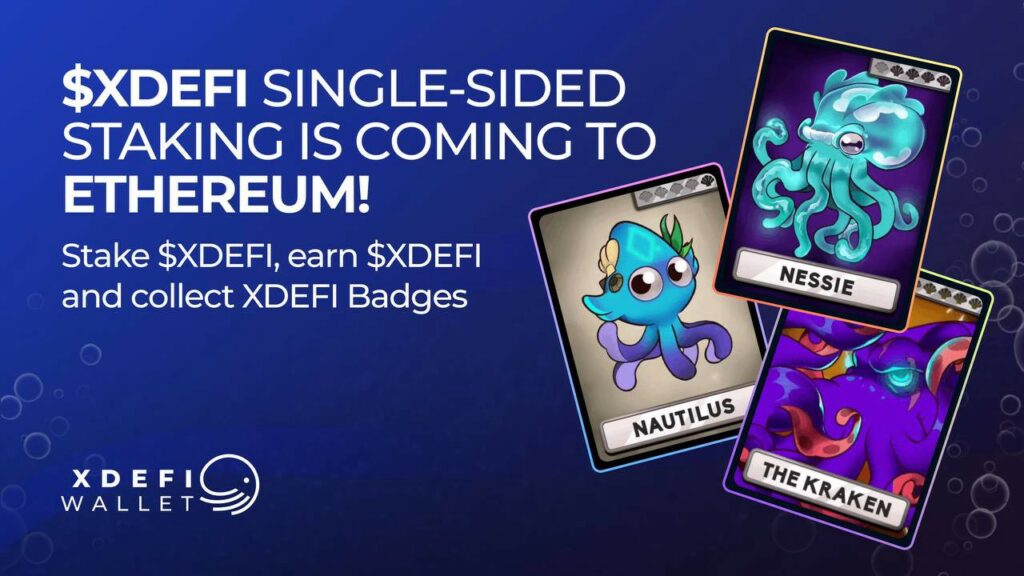 Our goals for a better staking wallet model

We thought long and hard about our new staking wallet mechanic for $XDEFI. We have looked at various existing models and witnessed the change in the “metagame” of staking models.

We used Curve’s veModel as a foundation and combined its best practice with additional utility and innovative mechanics that are engaging, fun and usable across the entire DeFi ecosystem.

By making NFTs core to our staking model, we are confident in having achieved these goals.

Staking $XDEFI will have multiple benefits within the XDEFI ecosystem, such as:

XDEFI holders interested in staking their tokens decide the amount to stake, as well as the staking period, such as 15 / 30 / 45 or 60 days.  The larger the staked amount and the longer the lock-up period, the faster the $XDEFI rewards are accumulated.

In addition, each $XDEFI staker receives an NFT called a “bXDEFI” – which stands for XDEFI Badge – that represents their locked position in terms of size, bonus multiplier and minimum duration. Of course, this NFT is also visible in the XDEFI Wallet itself.

Each staking position also has a number of credits, which define which of the 13 different predetermined bXDEFI tiers it falls into, ranging from 1 (the lowest) to 13 (the highest). The personal staking tier also defines the look and rarity of your NFT.

The bXDEFI credits are calculated as follows:

Alice stakes 250 $XDEFI for 60 days (250 x 60 results in 15,000 credits as well) and also receives a Nautilus Badge since the positions result in the same credit total. 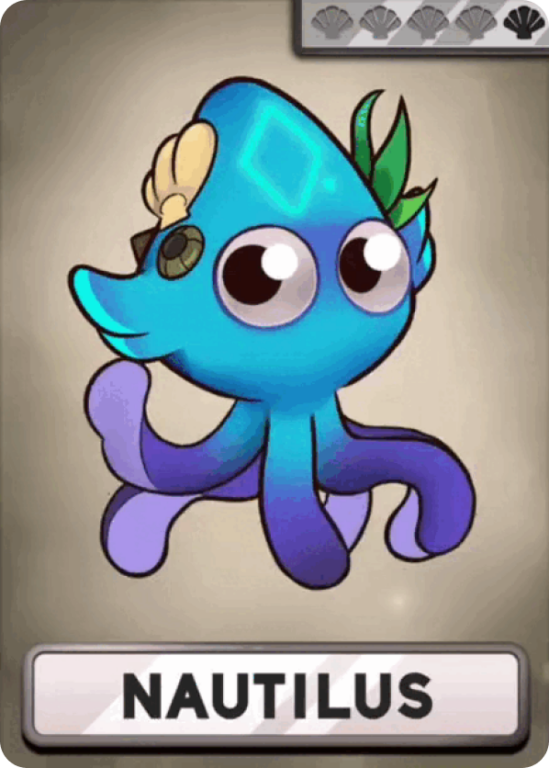 In both examples, Alice would receive a Nautilus Badge

The upcoming tier levels for XDEFI Badges are as follows:

Please don’t forget that your locking time influences the calculation of the bXDEFI credits received as mentioned in our above example. This means that you can also reach Tier 13 with just 250,000 $XDEFI locked for 60 days, or 62,500 XDEFI locked for 240 days.

XDEFI Badges offer a built-in “credit system” that gives access to future perks, like for example wallet skins, where each bXDEFI tier will offer stakers a specific number of credits. These credits will be consumable as the holders of the NFT receive these perks.

Once the lock-up duration expires, owners still have access to the credits if they haven’t been consumed yet. If you withdraw the underlying $XDEFI – and therefore completely unlock a position -, the respective Badge no longer has access to any locked funds, but you still own it as a loyalty card symbolising your past activity, as it still retains its score as well as its unspent credits. Alternatively you can re-lock your position

In our above examples, Alice does not need to worry that she could have received a tier 4 NFT instead for 15,000 $XDEFI staked for 45 days since she is able to merge existing bXDEFIs into a higher tier bXDEFI.

By doing this, the resulting XDEFI Badge combines the credits of all underlying Badges, resulting in a potentially higher tier.

This upgradability results in the utmost flexibility for stakers, as it does not matter whether they staked large amounts at once, if they subsequently stake additional amounts, or if they staggered their staking across several staking durations.

Stakers are always able to consolidate all their existing bXDEFIs to achieve the highest possible credits and tier.

Trade your staking position on the open market

At XDEFI Wallet, we are firm believers in decentralised finance existing in a multi-chain world. It has been crucial for us that – as with any NFTs – XDEFI Badges can be openly shared and traded on OpenSea or other NFT markets.

Why would you want to do that? There are plenty of use cases around buying or selling bXDEFIs:

Each XDEFI Badge will contain all the necessary information you need to judge its worth: the locked position (tokens locked and lock-up duration) and the number of available credits.

And if you want to trade an XDEFI Badge with someone directly, we will soon support NFTtrader natively into our wallet, allowing you not only to trade bXDEFIs directly with others but to trade all your NFTs.

A first look at our $XDEFI staking interface

We want to make staking XDEFI as simple as possible and we are currently streamlining our user interface for this purpose. We are happy to share a mockup of the latest draft and are looking forward to your feedback!

Our upcoming user interface for staking.

Users will be able to decide how many XDEFI tokens they want to lock for a specific period of time.

If you have any questions, please feel free to comment or hit us up on Twitter or Discord anytime!