XDEFI Wallet makes Web3 safe and easy: it allows you to store, send, and swap Cryptocurrencies and manage your NFTs from a single, safe Bitcoin Cash (BCH) wallet. 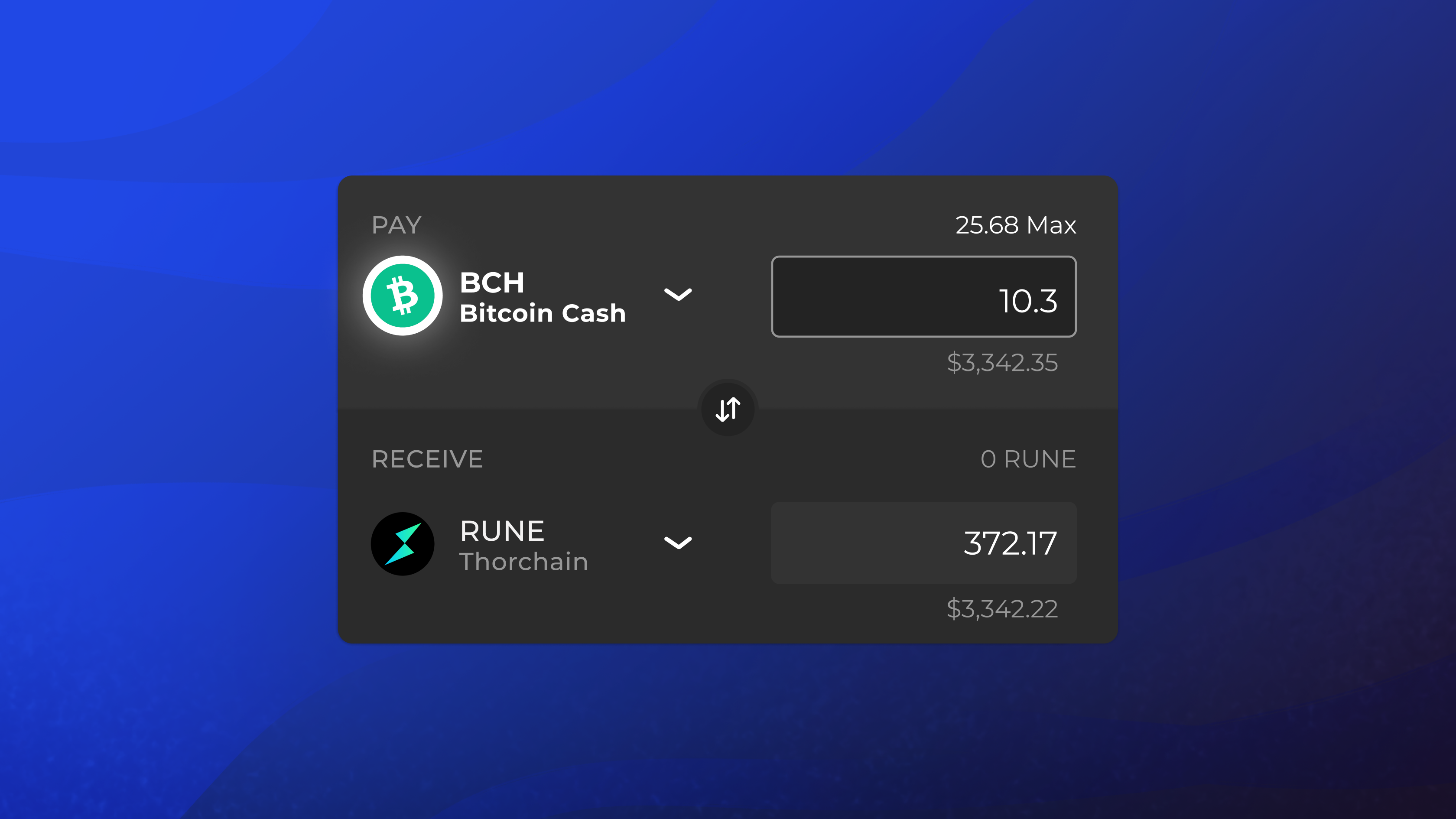 What is Bitcoin Cash?

Bitcoin Cash was released in 2017 as a hard fork of Bitcoin, during the “Block Wars” era.
At that time, there were debates about maintaining the small block size of Bitcoin, which would maintain greater decentralization by making nodes easier to operate; vs a larger block size for higher total transaction throughputs.
This also has an overlapping debate: should Bitcoin’s use case be primarily a store-of-value, or should it be used more as a medium of exchange?
Eventually, the camp supporting the larger block size (and medium of exchange) argument forked Bitcoin and thus Bitcoin Cash was born.

Bitcoin Cash remains one of the more popular Bitcoin forks.
Bitcoin Cash can handle more transactions per second than the original Bitcoin.

What are the core features of Bitcoin Cash?

What is the native token of Bitcoin Cash and where can I buy it?

The native token is Bitcoin Cash (BCH). It is needed to pay for gas fees for all transactions on the Bitcoin Cash network.
Bitcoin Cash can be purchased through Centralized Exchanges, including KuCoin, Binance and others.
To avoid using a CEX, utilize the cross-chain swap functionality within XDEFI Wallet or utilize THORChain interfaces to swap to Bitcoin Cash (BCH).

Where can I get a Bitcoin Cash wallet?